Although billed as an important material legacy of the Tokyo Olympics, Japan’s National Stadium has become a taxpayer burden with its future in limbo.

Originally supposed to be privatized after the Olympics to reduce the cost to taxpayers, that project has fallen far behind schedule, and is showing no sign of getting back on track.

File photo taken in April 2022 shows the National Stadium in Tokyo, one of the Tokyo Olympic and Paralympic venues intended to be operated privately after the games. (Kyodo)

The question of the stadium’s future use was raised in an April 21 House of Councilors committee meeting.

“There is concern this legacy will be a loss-making inheritance,” said Renho, a senior member of the opposition Constitutional Democratic Party of Japan.

In 2019, a year before the Olympics were originally supposed to take place, the government settled on a concrete privatization plan to publicly recruit potential businesses to take over the venue. That timeline, however, hit a snag the same year.

For security reasons, the stadium’s detailed plans could not be disclosed to interested businesses. Because of that, the privatization project was put off until after the Olympics.

Since last November the plan entered the phase of soliciting opinions from interested businesses, but no plan has been forthcoming.

The annual price tag for maintenance, administration and large-scale repairs for the stadium, completed in November 2019, add up to 2.4 billion yen ($18.8 million). 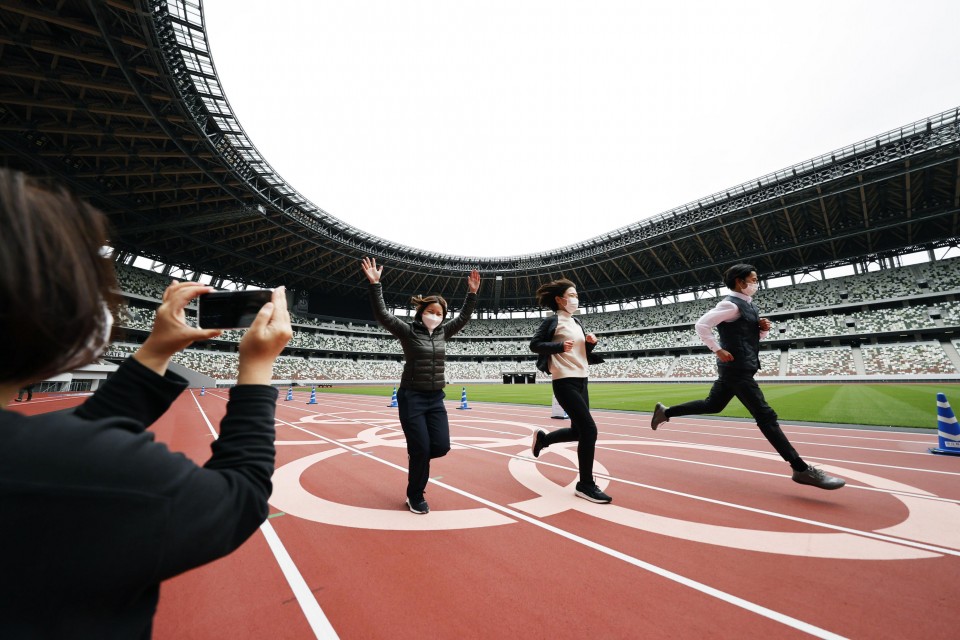 Tokyo’s National Stadium, shown hosting an April 1, 2022 media tour, is one of the Tokyo Olympic and Paralympic venues intended to be operated privately after the games. (Kyodo)

Although an early privatization is desired, Japan’s Education, Culture, Sports, Science and Technology Minister Shinsuke Suematsu quashed a question about when it might actually occur.

“We’re not at the stage where we can give a definite schedule,” he said recently.

A major hurdle is the lack of a concrete plan for the venue’s future use. The original plan was for the athletics track to be removed and the stadium converted to an 80,000-seat venue for soccer and rugby.

Between Japan bidding to host the 2025 world athletics championships, and the huge cost of remodeling, the National Stadium’s future appears to be as a multipurpose athletics venue.

Leaving the running track where it currently is will keep fans far from the action in the center of the stadium, and reduce its value as the host of rugby and soccer matches.

Also part of the equation is the stadium’s limited value as a concert venue due to noise concerns for its surrounding neighborhood.

“The National Stadium can’t make a profit,” one official said, indicating that its appeal to private enterprises is very low.

Although the National Stadium dilemma attracts the most attention, even “successful” legacy venues of the Tokyo Olympics are not without issues.

The venue for canoe and rowing, Tokyo Bay’s Sea Forest Waterway, was opened for general public use on April 29. In the current fiscal year, it plans to host 70 events for people to experience water sports, and 150 fitness events.

A spokesman said the park’s expansive views along the bayside are a drawing card, and that the facility looks to host a wide range of activities, including musical events.

If there is a downside, it is access. There is no commercial complex or train station nearby. And though the facility itself appears ideal for various water activities and barbeques by the bay, the scarcity of other options nearby may limit its appeal. 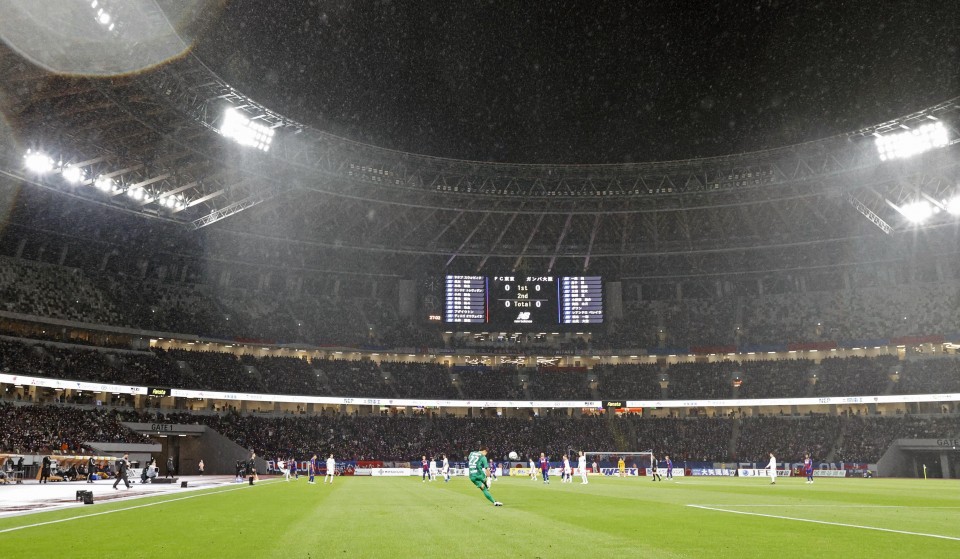 Tokyo’s National Stadium, shown hosting a J League soccer game between FC Tokyo and Gamba Osaka on April 29, 2022, is one of the Tokyo Olympic and Paralympic venues intended to be operated privately after the games. (Kyodo) 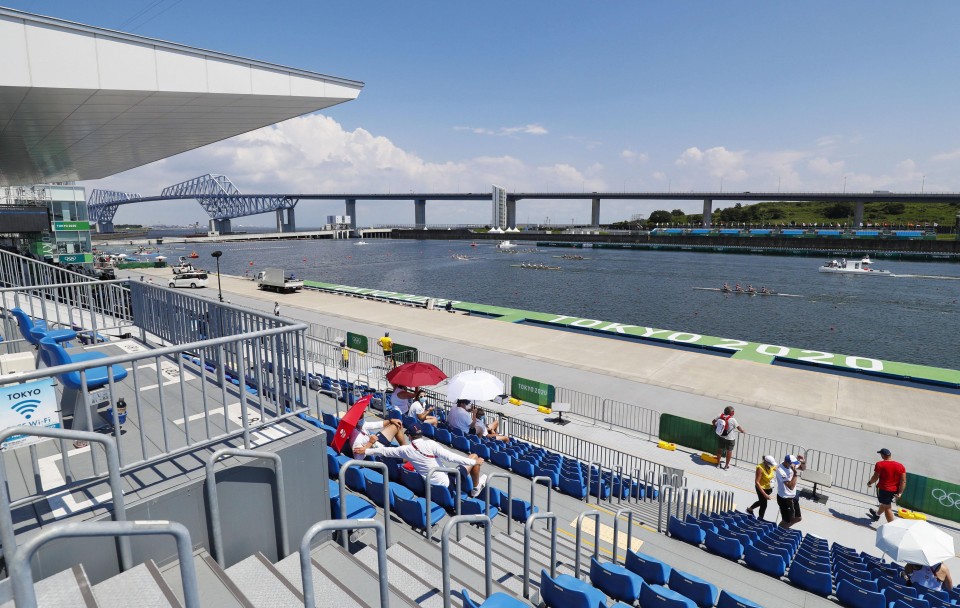 Sea Forest Waterway on Tokyo Bay, one of the Tokyo Olympic and Paralympic venues intended to be operated privately after the games, is shown in this July 2021 file photo. The facility opened for public use on April 29, 2022. (Kyodo)

Daytona In July — Race In The Morning, Then Hit The Beach