The NBA champion Golden State Warriors plan to put on a memorable show for Japanese fans when they battle the Washington Wizards in a pair of preseason exhibition games at Saitama Super Arena near Tokyo, superstar point guard Stephen Curry said Thursday.

Curry, who led Golden State to the NBA title for a fourth time in June, said Friday and Sunday’s friendlies against a Washington side featuring Japanese star Rui Hachimura presented a “special opportunity to embrace Japanese culture (and) fans.”

Stephen Curry of the Golden State Warriors speaks to the press in Tokyo on Sept. 29, 2022. (Kyodo)

“Obviously, it’s really early in our journey this season in training camp and our first preseason games, but we’ll try our best to have fun with it, put on a great show and enjoy the atmosphere that’ll be in the arena,” Curry said.

Despite an 11-hour flight and a packed schedule that includes business engagements for one of the team’s major sponsors, Japanese e-commerce giant Rakuten Group Inc., Curry said he would “enjoy every minute” and felt “blessed to have the opportunity to come here and play.”

“It’s just very cool seeing all the Japanese fans with Warrior gear. It makes us very grateful for their love and support, and we plan on giving them a show because of it,” said Thompson.

The two-time All-NBA player also heaped praise on Hachimura, both for his play on the court and his role as an international ambassador for the sport. 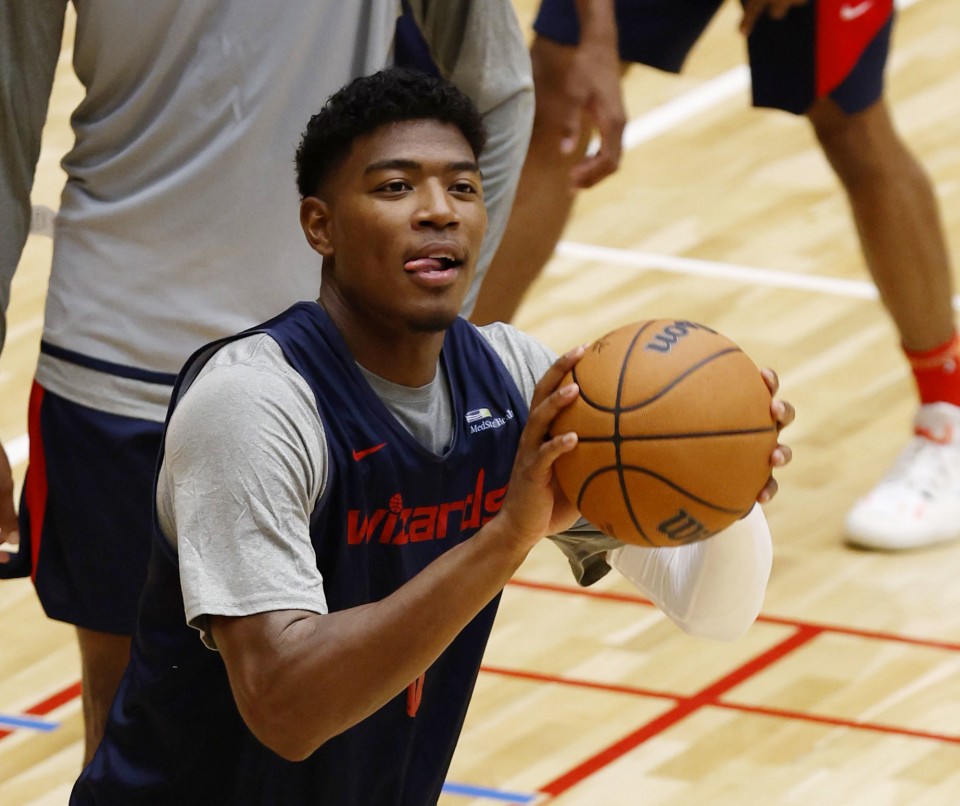 Rui Hachimura of the Washington Wizards is pictured during practice in Tokyo on Sept. 29, 2022. (Kyodo)

Hachimura is “very talented, very athletic, very big and a good shooter, and the future of Japanese basketball. It’s an honor to have him in the NBA,” Thompson said.

Warriors head coach Steve Kerr, who was an assistant coach for the United States’ Tokyo Olympic champion men’s team, said he wanted players to enjoy the experience of visiting Japan as much as possible.

“We are encouraging our players to get out and see Tokyo, so we have a couple of dinners planned, but it’s such a quick trip,” he said. “It’s a good bonding experience for our players and our coaches, and also for the business side of our operations.”

The 57-year-old, who won five NBA championships as a player, said he also wanted to entertain Japanese fans who were prevented from attending games during the pandemic-affected Olympics.

“I’ve thought about that a lot,” he said. “I just felt so sorry for everybody here in Japan just to have that one Olympics that happened to come during a pandemic…so hopefully everybody enjoys watching us play,” he said. 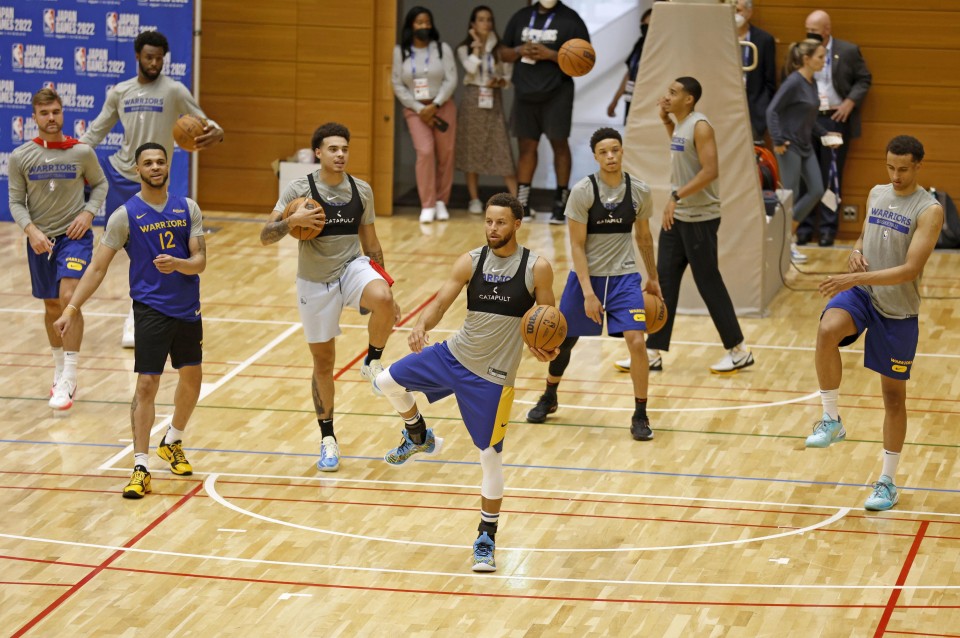 Basketball: Japan out of World Cup after loss to France

Los Angeles Lakers plan their future: DeRozan in and Westbrook out?