By Daniel Matthews For The Daily Mail

As if there wasn’t enough on the line already: bragging rights in north London, top spot in the Premier League and the chance to dent their rivals’ fine start.

For Richarlison and Gabriel Jesus, however, Saturday also represents one of a dwindling number of auditions to prove they deserve to be No 9 back home, too.

The battle is on to lead Brazil’s World Cup charge in Qatar. ‘Tite is lucky,’ Antonio Conte said. 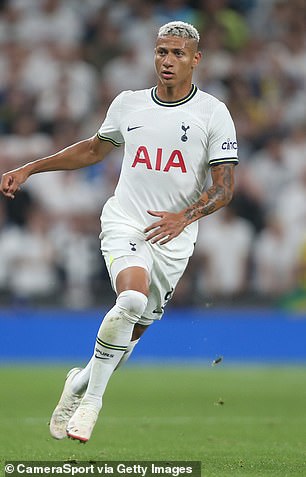 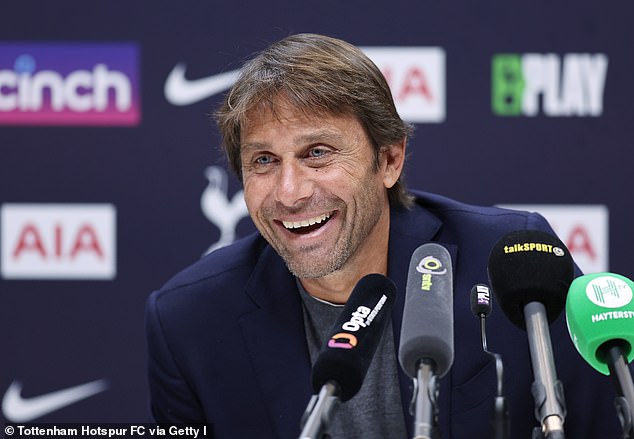 ‘We are talking about two amazing No 9s… every manager has to be happy to have this type of problem.’

And everyone inside the Emirates Stadium should relish Saturday’s head-to-head.

Richarlison and Jesus were born a month apart, both are in form and both are blessed with a menacing streak.

Both moved to north London this summer, deepening the South American tinge to this rivalry. Both have added a new dimension to their sides. At £47million, Jesus already looks to be one of the window’s shrewdest signings.

His tenacity, movement and intelligence have taken Arsenal to another level.

‘I’m not surprised,’ Conte said. Nor is Mikel Arteta, who worked with the Brazilian at Manchester City and sensed the importance of adding players for whom winning is a habit. 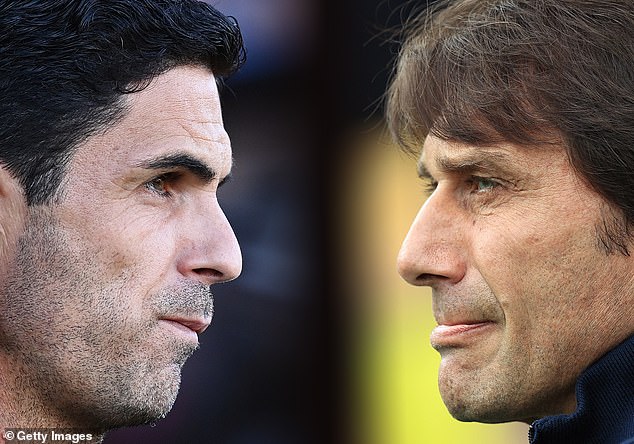 Spurs had a sniff at Jesus before moving for Richarlison. If £52m seemed steep for someone to provide support for Harry Kane and Son Heung-min, no one is doubting the Brazilian’s worth now. He can play across the front line and, even in late cameos, has a knack for stirring up trouble.

A knock to Dejan Kulusevski should mean Richarlison will start his maiden north London derby. It promises to be hostile. ‘Yeah but you’re talking about a player who has no fear,’ Conte said this week. ‘He is not scared about anybody. Not about the atmosphere, the noise.’

Jesus will never shy away from a scrap, either. But do Arsenal want him to tread carefully today, given a fifth yellow card would rule him out of next Sunday’s clash with Liverpool? 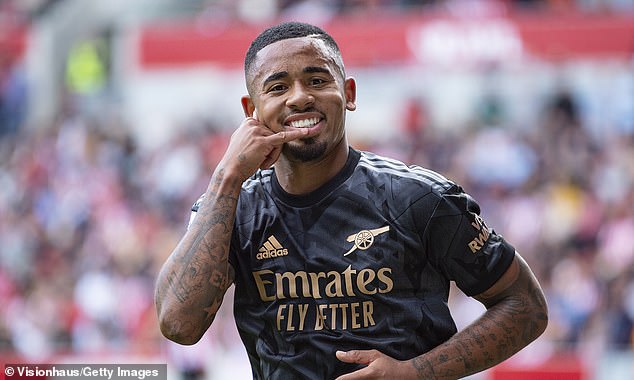 Jesus has impressed since arriving from Manchester City, scoring four times for the Gunners 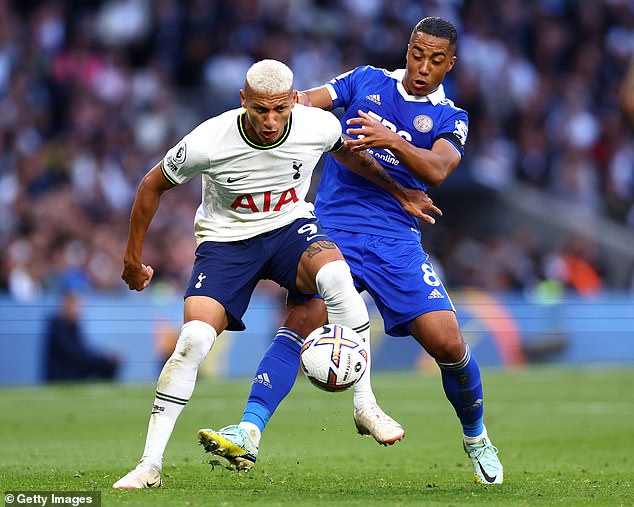 ‘It’s a thin balance,’ Arteta said. ‘It’s in his nature but you have to play with that level of emotion and with clarity in your brain.’

Richarlison has occasionally strayed the wrong side of that line, too. Now both have their eyes on the same prize.

Jesus’s 56 Brazil caps have come with the odd bruise. Most painfully at the 2018 World Cup, when he was the No 9 and failed to score.

He was left out of Tite’s most recent squad and had to watch Richarlison score three goals in two friendlies. 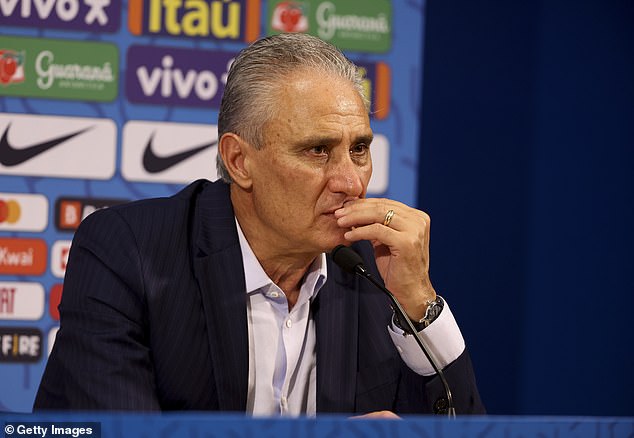 ‘He accepted the decision and the way he trained was just, “OK, I need to improve, to do more. I really want to be there”,’ Arteta said yesterday. ‘We’ll see that on the pitch. The only thing he can do is play at the level he’s been playing, or better, and make things difficult for the national team.’

Arteta added: ‘He plays with incredible commitment and tomorrow he will play that way.’

You sense Jesus will not be alone.

Christian Pulisic cleared to play for U.S. vs. Netherlands in World Cup Round of 16 matc

Christian Pulisic: USMNT star cleared to play on Saturday in round of 16 clash against the Netherlands